The Next Move Season Finale 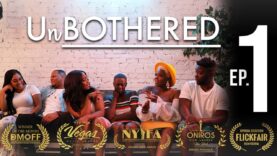 When struggling actress Fey tries to juggle her dreams and reality, desperate decisions are made which triggers the fate of her personal life. We follow a group of young uncensored black friends as they try to navigate their careers, wants, and desires within the small city of D.C before reaching 30.

What Catcalling Was Like in the Olden Days – Key & Peele